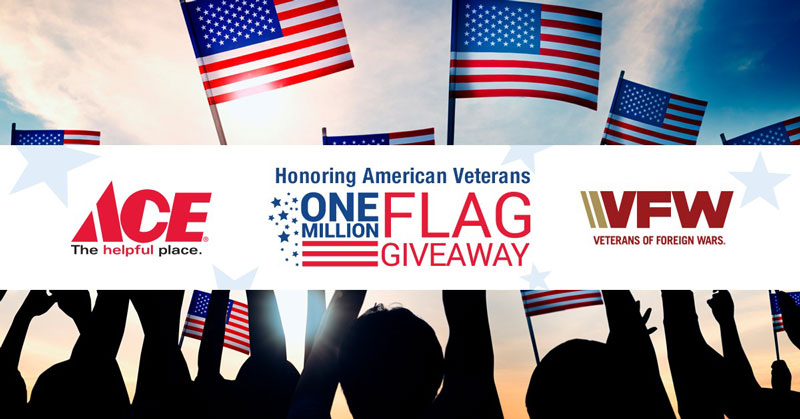 Ace Hardware is collaborating with the Veterans of Foreign Wars (VFW) once again this year to honor the brave men and women who made the ultimate sacrifice for our country by giving away 1 million American flags nationwide on Saturday, May 29, 2021. Stop by or call your local Central Coast Ace Hardware in Watsonville, Freedom, Marina, Salinas or Gilroy to see if your store is distributing free American Flags!

Consumers who visit a participating Ace store on May 29th will receive a free 8” x 12” American flag.* A second flag will be donated to a local VFW Post to be used for marking and honoring veterans’ graves this Memorial Day.

“Ace is proud to be a part of this nationwide effort to distribute flags to our customers and to the VFW to help honor our fallen heroes on Memorial Day,” said Kim Lefko, Chief Marketing Officer, Ace Hardware. “With Ace stores easily accessible to millions of Americans, we wanted to step up and provide a way for our customers, and our store owners and associates, to pay tribute to our military men and women who made the ultimate sacrifice for our country.”

“Memorial Day is one of the most important days of the year as we recognize and honor the service and sacrifice of our nation’s fallen heroes,” said VFW National Commander Hal Roesch. “Teaming up with patriotic and compassionate companies like Ace Hardware help to ensure our fallen service members are never forgotten.”

Last year, 535,000 American flags were given away to customers at Ace stores nationwide. In addition, Ace sent 535,000 flags to more than 2,000 VFW Posts for placement on veterans’ graves.

“The American flag giveaway aligns with Ace Hardware’s long history of supporting veterans nationwide,” added Lefko. “Ace’s very name is a commemoration of the “flying aces,” the courageous fighter pilots from World War I. Ace’s patriotism continues through the support of its veteran retailers, and the sincere appreciation for all the veterans and active-duty military who work in Ace stores, distribution centers, and its corporate offices.”

*Flags will be available at participating Ace stores while quantities last. Limit one 8” x 12” flag per customer. No purchase necessary. Contact or stop by your local store in Watsonville, Freedom, Marina, Salinas or Gilroy to verify the location is giving away American Flags.

In addition to the American Flag giveaway, Ace is also offering huge Memorial Day sales. Visit your nearest Ace to take advantage of the deals!

Ace Hardware is the largest retailer-owned hardware cooperative in the world with more than 5,300 locally owned and operated hardware stores in approximately 70 countries. In 2019, Ace ranked “Highest in Customer Satisfaction with Home Improvement Retail Stores” according to J.D. Power, twelve out of the last thirteen years. Headquartered in Oak Brook, Ill., Ace and its subsidiaries operate an expansive network of distribution centers in the U.S. and have distribution capabilities in Ningbo, China; Colon, Panama; and Dubai, United Arab Emirates. Since 1924, Ace has become a part of local communities around the world and known as the place with the helpful hardware folks. For more information, visit acehardware.com or newsroom.acehardware.com.

About the Veterans of Foreign Wars (VFW)

The Veterans of Foreign Wars of the U.S. is the nation’s largest and oldest major war veterans’ organization. Founded in 1899, the congressionally chartered VFW is comprised entirely of eligible veterans and military service members from the active, Guard and Reserve forces. With more than 1.5 million VFW and Auxiliary members located in over 6,000 Posts worldwide, the nonprofit veterans service organization is proud to proclaim “NO ONE DOES MORE FOR VETERANS” than the VFW, which is dedicated to veterans’ service, legislative advocacy, and military and community service programs. For more information or to join, visit our website at vfw.org. 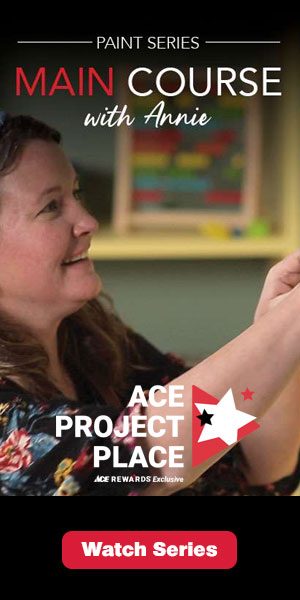 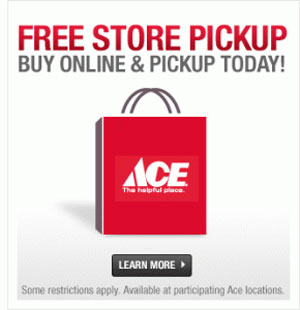 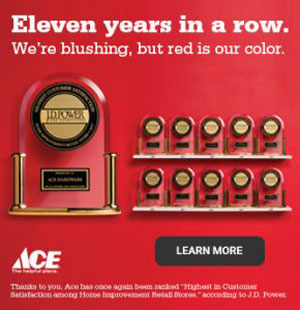 Discover a toolbox full of ways
to earn points, receive rewards and save. 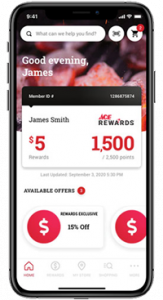